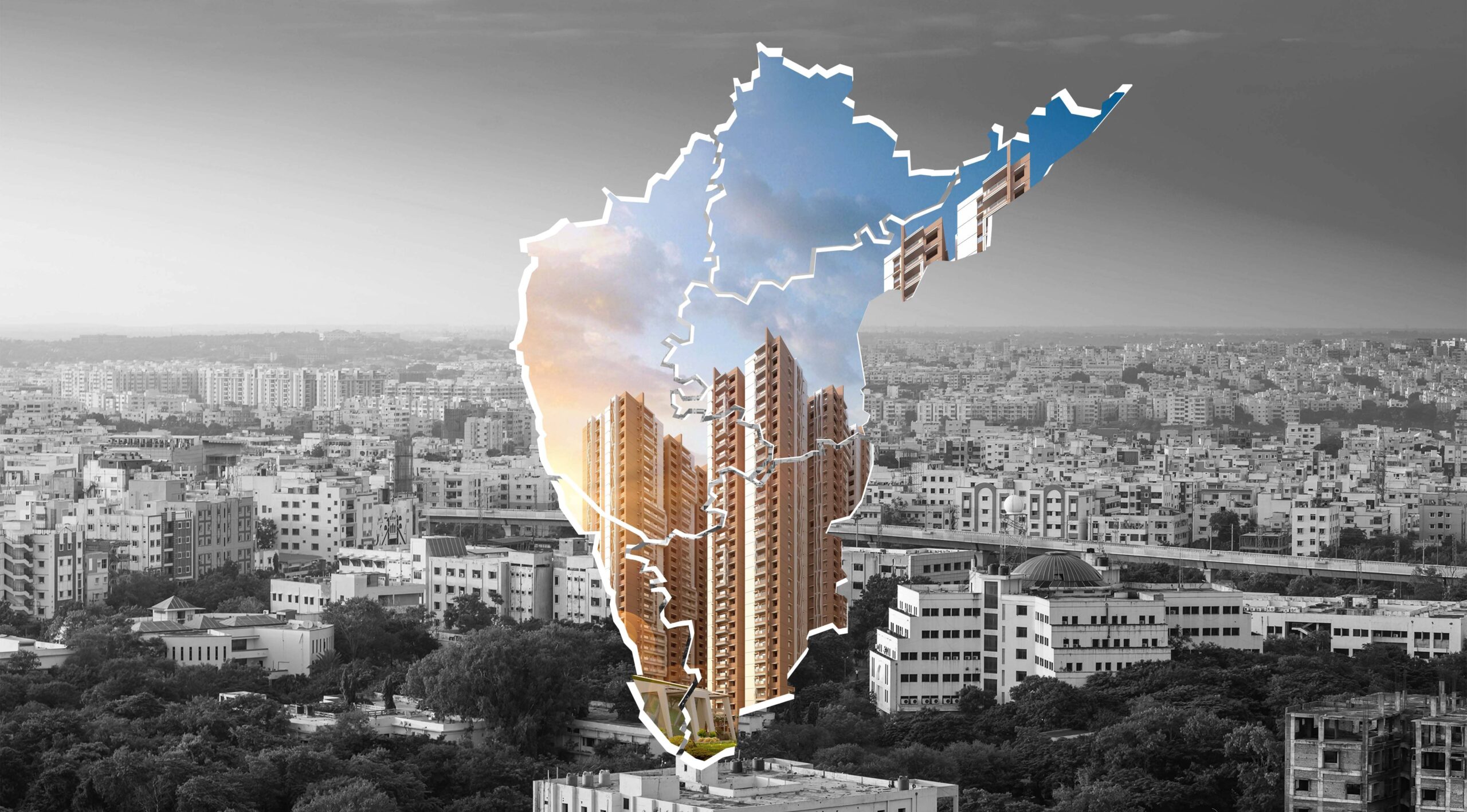 Real estate in India has been experiencing dynamic transformation lately with an array of regulatory policies being brought forth by the government. Leading reforms like demonetization, advent of RERA and GST regime have indeed shifted the landscape of the modern real estate industry in the entire nation.

According to the latest study report, Hyderabad and Bangalore are the third-fastest growing cities in Asia. Therefore, this situation demands ample demand for lucrative real estate investments in South India. Some more reasons to support the cause are:

In Southern cities, connectivity and public transport remain excellent. Therefore, cities like Hyderabad and investments like newly-constructed flats for sale in Hyderabad and gated communities in Hyderabad remain the topmost choices amongst potential investors. The state government’s policies on all round development across the four corners of the city is one more incentive for people looking for homes on all sides of the City and adjoining Suburbs. With the proposed expansion of Metro on all routes and adding new routes, it looks like there is no stopping of development.

Metro connectivity in leading South Indian cities has completely transformed the way in which people travel. For instance, in Bangalore alone, the planned real estate and infrastructural developments are getting completed across major areas like the Bangalore International Airport, Bidadi, Whitefield, and so on.

#Strong Startup and IT Growth

The amazing growth and development of the IT infrastructure, public industries, and multinationals in Southern India should be taken note of. The Southern cities -including Hyderabad, Bangalore, and Chennai, have come up as the IT hubs for multiple multinationals and IT giants announcing a slew of expansions as well as the start-up boom that is fuelling this positive sentiment on the realty sector.

As more foreign investors continue establishing their headquarters or main offices in these cities, the scope for commercial as well as residential real estate -including gated community flats for sale in Hyderabad and home construction in Hyderabad, continues prospering.

The immense availability of land at affordable prices in Southern metro cities has increased the overall demand for luxury housing. The presence of an increasing number of urban population -both from within the metropolitan cities and migration, has created a major demand for luxury as well as affordable real estate investment opportunities in South India.

Due to the presence of ample social and physical infrastructure, impressive track record of the local developers, and the on-time completion of major real estate projects in leading cities, NRIs are getting drawn to the real estate market in South India.

The overall NRI investments in India’s real estate industry is estimated to grow up to as much as $25 billion by the end of 2022. A major part of this investment is expected to be made in South India. Higher and rapid capital appreciation is also expected to make the entire region an attractive point for ensuring lucrative real estate investments.

Metros and leading cities in South India have witnessed a steep rise in both commercial as well as retail growth. A series of supermarkets, leading retail chains, and malls has emerged to cater to the ongoing demands of the urban population.

Millennials serve as the driving force behind the change as they continue seeking a superior lifestyle. To cater to the pristine tastes, premium as well as international retail brands have started making presence in South India. This had led to the rapid development of major real estate projects -both commercial as well as residential, across major cities of South India.

Leading cities of South India -including Hyderabad, Bangalore, and Chennai, are witnessing growth at a rapid pace with particular micro-markets like OMR in Chennai, Bannerghatta in Bangalore, and Shankarpally in Hyderabad. Real estate projects depict immense opportunities for more growth in entire South India.

A conducive climate of real estate investments, the presence of a dynamic professional class of people, the rapid rise of co-working spaces, and a well-honed corporate ecosystem, have brought about core developments in successful real estate development projects across South India.

ABOUT US
Honer Aquantis is a premier offering by Honer Homes for people looking for a stylish, secure and luxurious home with unmatched facilities and amenities in a serene, lush green ambiance.
Sy. 184, Tellapur Road,
Gopanpally, Gachibowli,
Hyderabad - 500019
+91 7827866666
sales@honerhomes.com
FOLLOW US
Copyright © 2019. Honer Developers Pvt. Ltd. All rights reserved.